Few things give a room a bigger facelift than lighting. Want a bold, modern look? A sleek light fixture does the trick. Want to set an intimate, warm mood? Install a dimmer switch.

We’re planning big changes to the kitchen (more on that to come in the weeks ahead) but to start things off, we knew a lighting change would give the room a fresh look and brighten the space.

Our electricians were fiddling around behind-the-scenes anyway, helping upgrade our century-old wiring… which was, of course, full of surprises.

But back to the fun part: Lights!

Here’s what it looked like when we walked in: 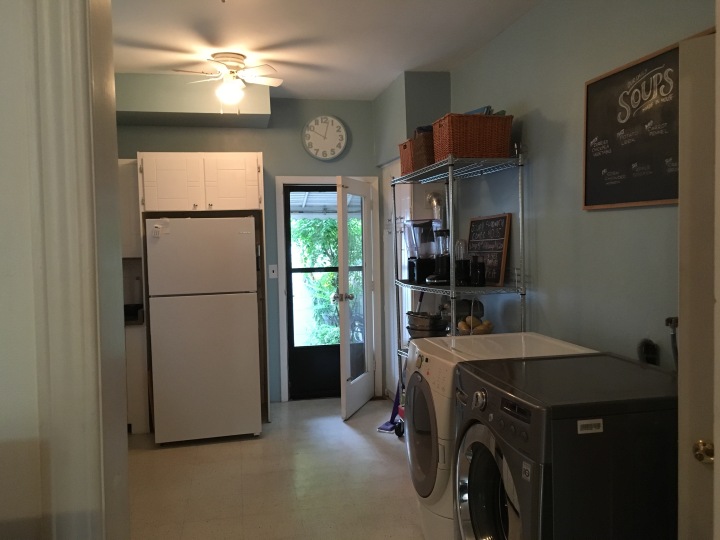 There were two of those bad boys right in the middle of the room. Small flush-mount light fixtures with little fans.

We’re planning to install a new range hood over the stove, and there’s a big door right there… so we very quickly chose to nix the fans and go with sleek pot lights instead. Our electrician smartly asked how we planned to use the room which led to six pot lights in the main area, plus one above the sink.

In that spot I originally planned to put a wall sconce, but the targeted pot light does the trick.

Seriously though, that didn’t last long. Our top-notch contractor quickly filled all those holes with the exception of the two on the far right. That was a suggestion from our electrician: There’s going to be a breakfast bar below, and he raised the question of how we’d see our food without some targeted light.

A valid point, and a good excuse to install hanging pendants. (We bought two of these.)

We need to give the ceiling a full paint job, but here’s the result after patching up the holes:

One thought on “Kitchen lighting facelift” 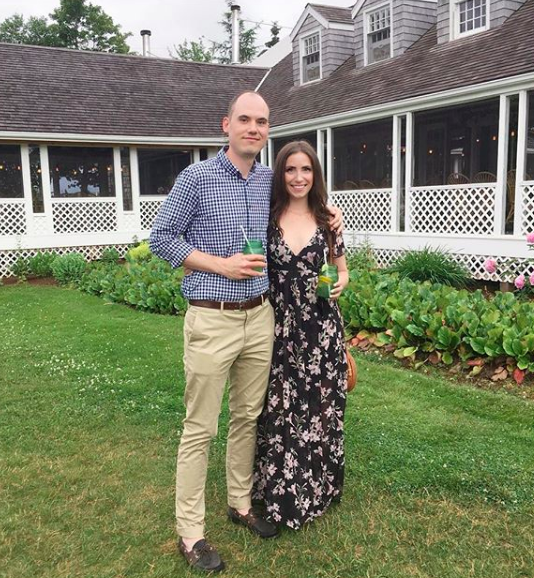 I'm Lauren. I live in Toronto's west end, where I'm renovating and decorating a 130-year-old home.

Happy birthday to the guy who will always be younger than me, who shreds on guitar like nobody else, who is always down for a long meandering conversation and a good laugh. Love ya, @pellecaster ❤️
My boys.
First barbecue of the season. Chicken sausage from @unboxedmarket & homemade smashed potato salad & goat cheese salad with pea shoots. Heaven. . . . #toronto #cooking #bbq #barbecue #salad #backyardcooking
Nice weather. New office. 🕶 . . . #workfromhome #toronto #summer #sunshine #stayhome
Today actually feels like spring. (Thank god.) . . . #spring #toronto #torontolife
Mother’s Day bouquet thanks to @bellwoodblooms 🌸
%d bloggers like this: